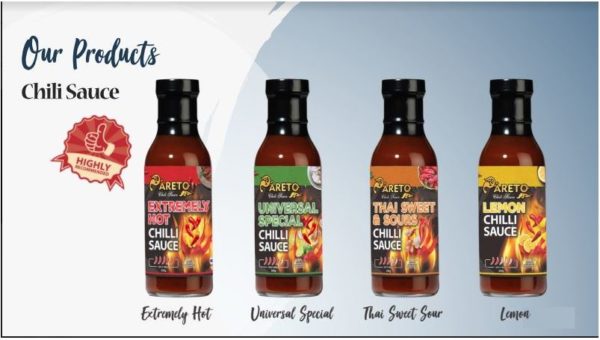 Chilli sauce is a condiment that adds spice and flavour to anything from Asian recipes to Western favourites. It can be used as a wonderful dip for finger foods of all kinds or a side sauce to add more spice to food. It provides more of a kick than adding just salt and pepper. Use it as a handy cooking ingredient or as a good substitution for fresh chilli. In most Asian countries as well as in Mexico and Central America, no table setting is complete without a bottle or jar of spicy chilli sauce.

Pareto Manufacturing Provider has released  4 new flavours of chilli sauces to tickle your taste buds, tantalise your palates and add more yumminess to your food. The 4 new flavours are:

Enjoy a whole new experience of eating your favourite food with Pareto’s chilli sauces. After one taste,  your hands will automatically reach out to Pareto Chilli sauces. 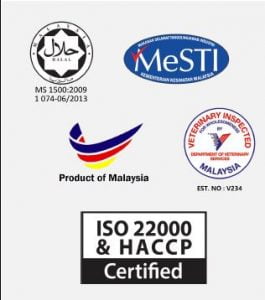 Sambal is a generic term for many varieties of chilli-based sauces popular in Indonesia, Malaysia and Sri Lanka. Most of the sambals are traditionally made using stone pestle and mortar, according to each recipe. Nevertheless, there are some bottled mass-produced sambal brands today. Saus Cabai (Indonesia) or Sos Cili (Malaysia), a category of its own, uses tomato puree, chilli juice, sugar, salt and some other spices or seasonings to give the spicy, but not too hot, taste. Some countryside commercial varieties use bird’s eye chilli (cili padi, cabai rawit or burung) together with its seeds to raise the level of heat (piquancy) of the sauce. Variants include the typical concoctions with ginger and garlic (for chicken rice) and variants that are made into gummy consistency as with ketchup/tomato sauce.

In Indonesia, the bottled commercially available chilli sauce is known as bottled saus cabai. They are also commonly known as bottled sambal. However, unlike the coarse-textured and richly flavoured traditional sambal, this bottled sambal or chilli sauce has an even gloppy texture similar to those of tomato sauce, and a rather simple hot flavour. Unlike traditional sambal, enrichened with shrimp pastes, the commercial sambal sauce usually uses finely blended red chilli pepper and garlic, and sometimes a little bit of sugar, without any addition of shrimp paste.

Thais put raw chillies on a very wide variety of food, in lieu of chilli sauces. Chilli sauces are eaten as condiments but they can also be used as an ingredient.

Sriracha sauce is a type of hot sauce or chilli sauce made from a paste of chilli peppers, distilled vinegar, garlic, sugar, and salt. It is named after the coastal city of Si Racha, in the Chonburi Province of Eastern Thailand, where it was possibly first produced for dishes served at local seafood restaurants.

Some versions of Nam phrik, a range of chilli-based, hot sauces typical of Thai cuisine, are sweetened with sugar.

Click here to discover other products as amazing as this one. 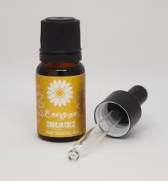