The Baju Kurung is the traditional national dress of Malaysia. It is normally worn by Malay women of all ages. The meaning of Baju Kurung when translated to English means “enclosed dress”. This dress may be made out of any kind of material suitable to be tailored. The most popular is the exquisite Songket material. 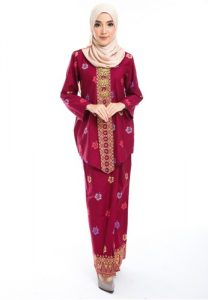 Songket is a fabric that belongs to the brocade family of textiles of the Malay world. It is hand-woven in silk or cotton and intricately patterned with gold or silver threads. 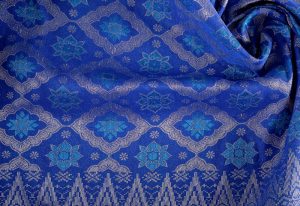 The Kurung Songket batwing dress brings you the joy of wearing both worlds of Baju Kurung and Songket together with the stylish batwing sleeves. This dress gives you a chic stylish look and at the same time helps you to be in touch with the ethnicity of Malaysia.  After purchasing your first dress, you will definitely be placing your 2nd order. 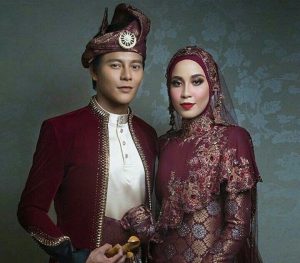 Songket is a fabric that belongs to the brocade family of textiles of the Malay world (today, Indonesia, Malaysia, Brunei, Singapore and Southern Thailand). It is hand-woven in silk or cotton and intricately patterned with gold or silver threads. The metallic threads stand out against the background cloth to create a shimmering effect. In the weaving process, the metallic threads are inserted in between the silk or cotton weft (latitudinal) threads in a technique called supplementary weft weaving technique.

The historical records of the use of gold thread in Indonesia are somewhat sketchy. Songket weaving is first, historically associated with areas of Malay settlement in Sumatra, and the production techniques could have been introduced by Indian or Arab merchants. In Indonesian tradition, Songket is associated with Srivijaya, a wealthy 7th to 13th-century maritime trading empire based on Sumatra, because Palembang is the famous Songket producer in Indonesia. It is a luxurious textile that required some amount of real gold leaves and gold threads to be hand-woven into exquisite fabrics. Historically the gold mines are located in Sumatra hinterland; Jambi and Minangkabau highlands. Although gold threads were found buried in the Srivijaya ruins in Sumatra, along with unpolished rubies and pieces of gold plate, there is no corroborating evidence that the local weavers used gold threads as early as 7th century to early 8th century. Songket probably developed in the later period somewhere in Sumatra.

However, according to Kelantan tradition, this weaving technique came from the north, somewhere in the Cambodia-Siam region and expanded south into Pattani, and finally reach the Malay court of Kelantan and Terengganu as early as the 16th century. The weaving of Songket continues as a small cottage industry on the outskirts of Kota Bharu and Terengganu. However, Terengganu weavers believe that Songket weaving technique was introduced to Malaysia from India through Sumatra’s Palembang and Jambi where it probably originated during the time of Srivijaya (7th to 11th century).

Much documentation is sketchy about the origins of the Songket but it is most likely that Songket weaving was brought to Peninsular Malaysia through intermarriages between royal families. This was a common occurrence in the 15th century for sealing strategic alliances. Production was located in politically significant kingdoms because of the high cost of materials; the gold thread used was originally wound with real gold leaf. 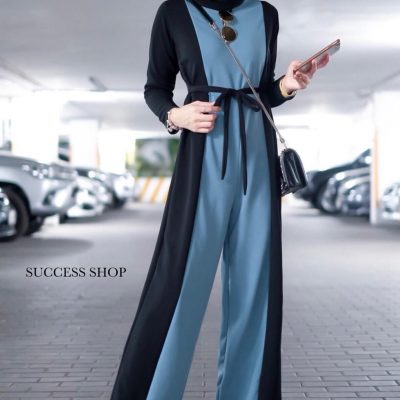 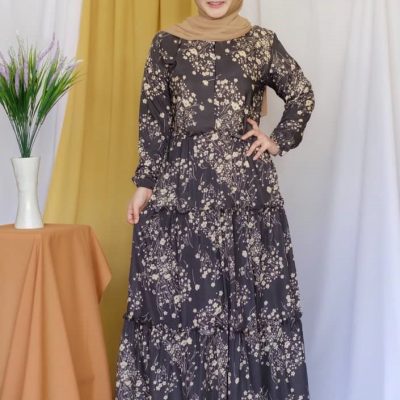 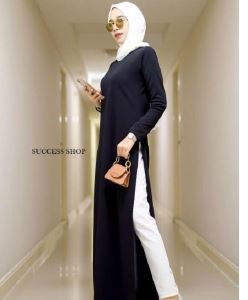 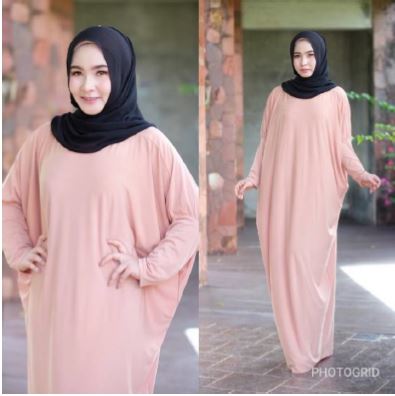 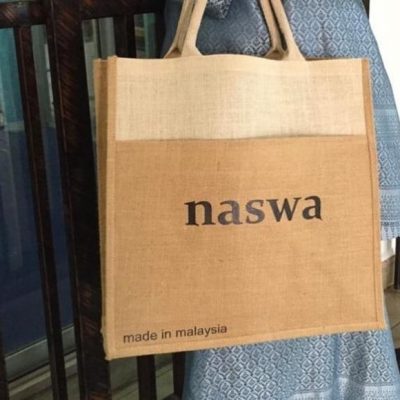 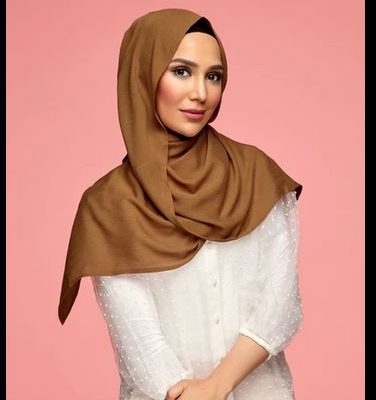