A slightly crumbly rich crust pastry and a sweet, tart filling of pineapple. There has not been a person born yet that could stop at just having one. For the ultimate cream tea, serve a pineapple tart instead and watch every go ‘wow’.

A sea of pineapples in tarts 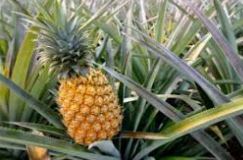 Pineapple tarts are a staple in Malaysian homes during festival seasons. Now, you can a festival every day in your home winter-spring, summer and autumn.

Enjoy the best of what Malaysia has to offer. Discover a pineapple tart today!

THE ORIGIN
According to the Malaysian Pineapple Industry Board, pineapples were introduced in Malaya by the Portuguese in the 16th Century. With the advent of the Baba-Nyonya,better known as Peranakan, food culture in Malacca became a complex melting pot of flavours, and it’s believed that they were the original creators of the pineapple tarts.

However, the pineapple tarts can’t simply be attributed to the Peranakans alone. The tart base was believed to have some Portuguese influence thanks to Portuguese settlers in Malacca. They were well known for making pastries and tarts. The tarts base uses cold hard butter and the “rub in” technique that’s very common in Portuguese baking. This method results in crunchy, flaky and crumbly textured pastry. Ideal for making tart bases, including those used for egg tart. 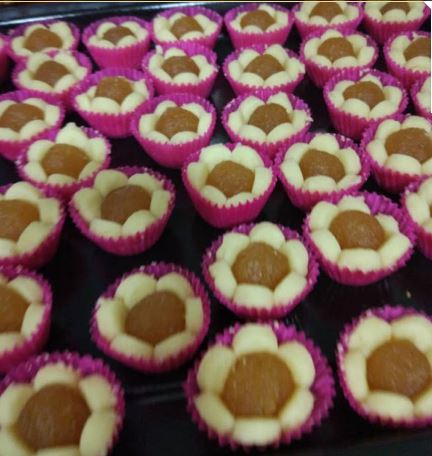 Meanwhile, pineapple jam is infused with Malay spices (mixture of star anise and cinnamon). Which gives it its distinctive aroma. This is typically Peranakan as most Peranakan cuisine has Malay influences. Due to inter-racial marriages between, Chinese migrant men and Malay women.

Do check out our varieties of food products on our page, you’ll be surprise with what you found. Click here.
Learn more about pineapple tart by simply clicking here.